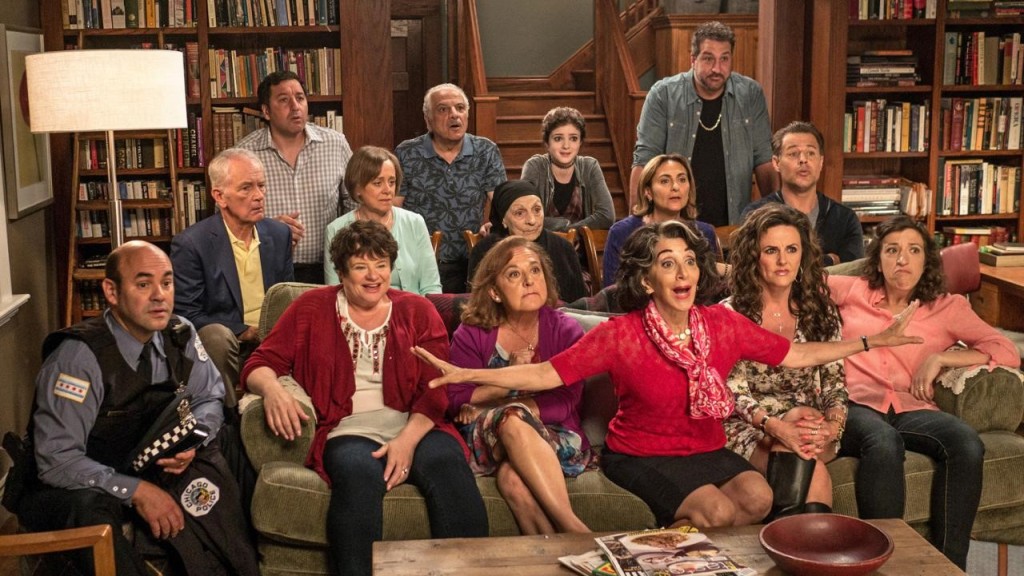 In 2002, “My Big Fat Greek Wedding” surprised everyone at the box office by becoming the highest-grossing romantic comedy of all time and the second most profitable movie of all time, making a profit of 61 times their budget. This Oscar-nominated screenplay, written by Nia Vardalos, was a sweet and charming comedy about love and family. Because of its astonishing success, many admirers of the first film were excited to learn about a sequel, but it also set the bar high.

Returning with a similar storyline, the sequel focuses on Toula (Nia Vardalos), who is again unhappy and working at her family’s restaurant. Since her teenage daughter, Paris, (Elena Kampouris) no longer wants her help or affection, Toula feels the need to help take care of her aging parents. After discovering that their 50-year marriage was never officially signed, Toula’s parents, Maria (Lainie Kazan) and Kostas “Gus” (Michael Constantine) Portokalos decide to have their own big, fat Greek wedding. While Maria and Gus have their doubts about the marriage, Toula and her husband Ian Miller (John Corbett) find themselves stuck in a rut romantically and worrying about letting their daughter go off to college in New York.

14 years later, the whole cast is back, along with husband and wife Tom Hanks and Rita Wilson returning as producers and Vardalos as writer. Although it is fun to see familiar faces of a family you know and love, the sequel does not live up to the original film. While there was some laughter and amusement in the audience, the film seemed as if it was trying too hard, leaving most of the jokes feeling forced and not needed.

The storyline was also overcrowded with undeveloped characters and subplots that felt thrown in at the last minute, as with Cousin Angelo’s (Joey Fatone) coming out to his family. Now, this could have been a good addition to the plot, if it was more connected to the story. Instead of having this subplot randomly at the end for two very short scenes, the film could have added more scenes where Fatone struggles with his coming out to his family. That way, when his partner is introduced, the audience would view this scene as more significant and not something thrown in at the last minute. John Stamos and Rita Wilson’s characters, George and Anna, were also pointless and contributed nothing to the film, besides having their famous names added to the credits. Except for hurried introductions and smiles, Stamos and Wilson had barely any lines, and they were mainly used for one joke that everyone knew was coming, so it was not even funny. The rest of the time was very awkward because there was no real conversations or any subplot to explain why they were even added to the script.

There were also moments that were never really explained in depth or never tied up at the end, such as with the travel agency’s closing due to the market. While this added to Toula’s sadness in the beginning, it was peculiar that they never developed this storyline further because her career was so important in the original film. Not only did she find something she enjoyed doing, having a career helped her become a more confident and independent woman. The Toula in the first film would be more ambitious than this one in the second. The original Toula not only cared and helped others, but she also learned that taking care of herself is important, too, which she seemed to forget in the sequel. Another unrealistic part is when Paris goes to prom, instead of attending her grandparents wedding ceremony. This part was very bothersome and not believable at all because this franchise is about being there for your family, even if they might be overwhelming or crazy at times.

Because “My Big Fat Greek Wedding 2” chose to only focus on unnecessary and forced jokes instead of choosing to develop their characters and plot, this movie is a disappointment to many fans. However, this does not mean that fans of the first movie will necessarily dislike the sequel. Some might have fun simply seeing their favorite characters again. Since the original film has such a cult following, it is a shame that the sequel could not have focused on a clearer, more developed storyline.