Located on the corner of Robinson Road and Woodward Avenue, Mother Victor Flannery Hall sits as one of several new additions to the Aquinas community.

The large former residential home houses several departments, including the International Programs department, Alumni Relations and Engagement, Career Services, the Internship Program, and Undergraduate Research. The building, dubbed the AQ Advantage Center, is spacious to say the least, with a welcoming and open layout.

The namesake of the facility, Mother Victor Flannery, was known “as a woman of vision.” She was a chairperson in the Aquinas College Board of Trustees, oversaw the construction of the Administration Building, now known as the Academic Building, Albertus Hall, Regina Hall and St. Joseph the Worker Hall, and other facilities central to campus. Mother Victor Flannery was also the Prioress General of the Dominican Sisters for 18 years. The Center strives to continue to expand its programs and provide much needed services for the students of Aquinas.

Through interacting with students from all walks of life, the departments at the Advantage Center are opening doors for students to grow, both internationally through study abroad experiences and locally through Career Services and alumni engagement.

According the facility’s philosophy statement, “The Center will create bridges for alumni to mentor our current students through internship opportunities. Alumni will have the lifelong advantage of access to career services to enrich their professional lives and assist in times of transition.”

“It’s for the students,” says Brian Matzke, Associate Vice President of Student Affairs. Matzke oversaw the purchasing of the property and the development and has a satellite office in the building.

The AQ Advantage Center is the start of an expansion to create more services for students. Under the leadership of Joelle Baldwin, Director of International Programs and of the AQ Advantage Center, the all-in-one facility was an idea that has long since been thought of. The campus is always looking for ways to provide for its students, with the creation of more residence halls in previous years, to an update in the future for Albertus Hall.

Other improvements include lighting on campus near highly trafficked areas, an update in Wege Cafeteria, and new stadium lights over the Aquinas Athletic Field. Coach Emeritus, Terry Bocian, worked closely with the project, stating that “the concept of lighting the soccer/lacrosse field has been discussed for several years.”

Due to other construction projects in recent years, such as the Alksnis Athletics & Recreation Building and the construction of St. Rose of Lima (formerly known as Apartment E), the stadium lighting was put on hold.

“Lighting of the field was necessary in order to increase hours of possible use and to host occasional night games,” says Bocian. “We are a ‘landlocked institution’ and we need to use our available facilities as often as possible to accommodate all of our teams, as well as intramurals.”

With the new lighting, an increase in attendance at this past season’s soccer games was noticed and a sign of a bright future ahead. Funding for the lights came from alumni donations and friends of the College, meaning that no money from Aquinas’ operating fund or tuition was used in adding the lights to the field.

With new buildings and a chance to expand in the future, AQ students will continue to see their opportunities grow right alongside the campus. 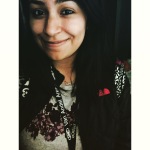 Mayra Monroy is a senior studying Communication and Journalism.She is the Editor-in-Chief for The Saint, Writer for Revue Magazine and the Marketing Intern for Van Andel Arena & DeVos Place in Grand Rapids. Mayra enjoys traveling, being immersed in local and national news, and spends her day on Twitter.