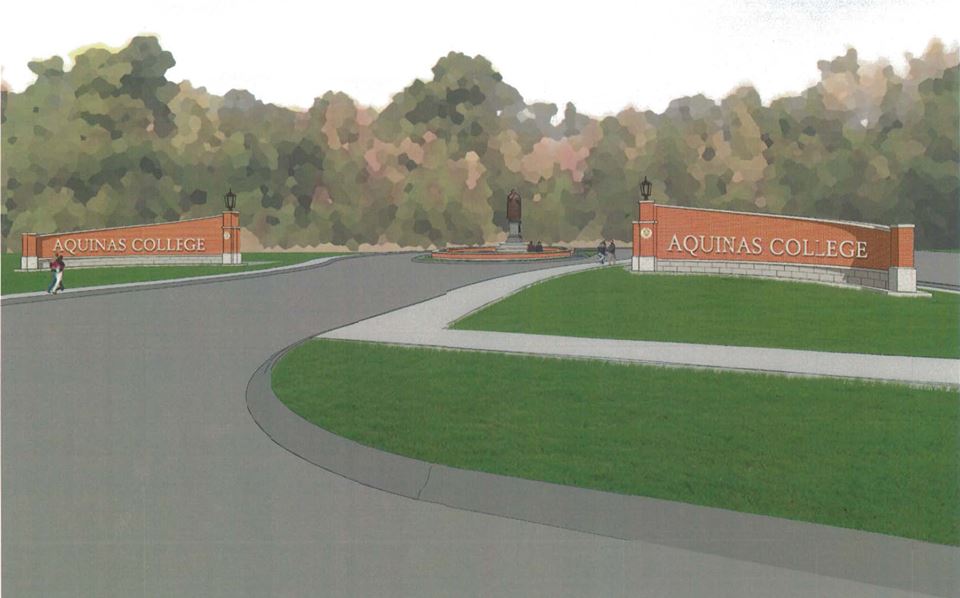 Story by Tamara Tiethoff, News Editor
As many have probably noticed, the Fulton Street entrance is currently under construction. It may have started out as just a few trucks and workers tearing up the dirt but has quickly turned into much more. Although it might not look like much right now, big advancements are coming.

“When the Field House was rebuilt and the new section added, it was determined that the entrance road was dangerous for pedestrians attending events. At that point it was decided that the entrance and road could be moved to the other side of the parking lot. That is when the fundraising started [for a new entrance],” said President Juan Olivarez.

Although the official address to the college will still direct people to the Robinson Road entrance, there is hopes that the new Fulton Street entrance will bring the attention to the college that it deserves. 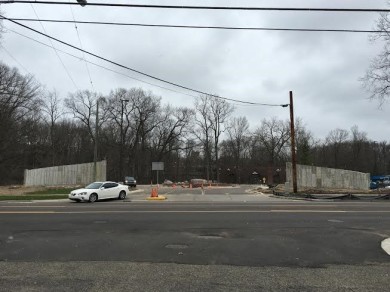 “It was apparent that Aquinas College did not have significant, prominent, or even obvious signage for those looking for the school. Many people complained about missing the entrance. Once the donations came in, it was then determined that this was the perfect time to add a prominent entrance,” stated Olivarez.

The new entrance will include two walls, one on either side of the drive, both reading Aquinas College. There will also be a statue of St. Thomas Aquinas placed in the center of the drive. The entrance is expected to have several positive influences on the college.

The project is expected to be fully completed in June 2016. A high attendance is encouraged at the unveiling that will take place on May 4 at 10 a.m. at the statue. According to the AQ Newsletter on March 31, “Aquinas faculty and staff are invited to join in the unveiling and blessing of the St. Thomas Aquinas Statue. The statue will be installed April 28 and 29 and covered until the unveiling.”