As the NCAA tournament looks to crown a champion tonight between Villanova and North Carolina, and the Frozen Four begins this coming Thursday, I cannot help but think how great these athletes have it. They are given scholarships, sometimes full rides, to compete on the highest stage for a college athlete in the nation. They get all their gear paid for, enough clothes to last them for a lifetime, nice hotels, the best trainers and medical attention they could ever need, and meals covered. Some of them will get drafted this summer or sign with a team the day after they lose and start making a nice paycheck. Others, even if they go pro in something else, have had some of if not all their school paid for and will not have debt looming over their heads for eternity. These kids have it all.

There has been a lot of talk in recent years about college athletes receiving money. Although the NCAA is a non-profit organization because of what they say is their ‘association of colleges and universities sharing a common academic mission,’ they still bring in an astronomical amount of money. In 2015, the NCAA generated $912.3 million dollars in revenue. In December of 2015, the NCAA met with Turner Sports and CBS Sports to extend their $10.8 billion deal with March Madness that already runs through 2024. Keep in mind this is just for basketball. In 2012, ESPN acquired the rights to air the BCS playoffs and the other BCS bowls starting in 2014 through 2025 for $470 million a year. I know that there are a lot of factors that play into this such as rights, and the NCAA puts a lot of money into broadcasting rights fees – 81% of their 2012 revenue went into that.

One of the biggest things that the NCAA did was in April of 2014 when they granted unlimited meals and snacks to athletes whether they were a walk-on or scholarship. This was a big step because a lot of athletes do not have time to work so they can make money for food – their sport is their job. In between class, practice, meetings, conditioning, road trips, and trying to get a wink or two of sleep in season, there’s not a lot of breathing room. Some stick around in the summers for offseason workouts and once camp starts up again before school, it’s hard to find a flexible work schedule at any job.

I’m not saying the NCAA has to sign kids to five-figure contracts or give them major bonuses, but I am saying that a stipend would help benefit any athlete for things such as outside meals, rent, or other things that college students need. The NCAA should start to take a stronger look at their funds and find a way to allocate them accordingly to help better their athletes off the playing surface even more. For now though, I’ll just sit back, relax, and watch a bunch of amateur athletes make a couple hundred million. 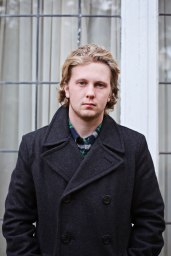 Charlie Crowley is a junior studying communication and journalism.He is The Saint‘s Sports Intern and future Sports Editor. He spends most of his time playing hockey, sleeping, eating, and on Reddit. He’s also a Hoosier, and proud of it, but can’t hit the open three to save his life.