That Early Bird misses the worm 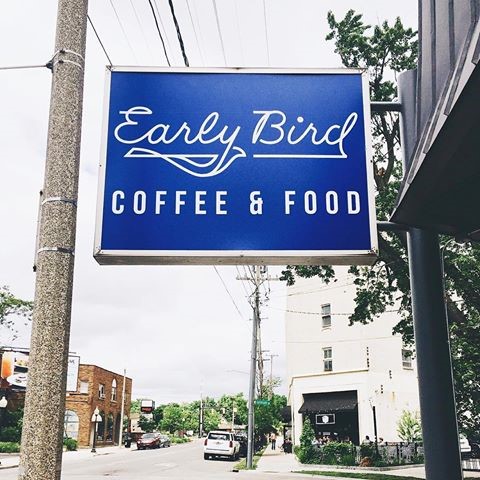 Kava House had my heart. On its last day, I stood in that crowded, hectic line and reached across the counter to receive my one last cup of coffee from that magical place. I dare to say Kava was perfect—they had a wide range of beverage selection, from tea to mixers to smoothies to whatever coffee you wanted, and the atmosphere was always relaxed but never mind-numbing. Kava was the coffee shop that made me love coffee shops. But I digress.

Given my love for the now-closed Kava House, I was hesitant to try That Early Bird, the establishment that replaced Kava House as Eastown’s only coffee shop. It’s almost a misappropriation to call That Early Bird a coffee shop—you might want to call them something like “a food place that serves a larger variety of coffee than your typical restaurant would” or some other oddly-specific moniker, because everything I read neglects to call them a coffee shop. I guess this confusion is supposed to add nuance to their overall business concept.

The focus at That Early Bird is definitely on the food. According to an article published by Rapid Growth Media last April, co-owner Joel Wabeke graduated from New York’s Culinary Institute of America, and has worked as head chef for prestigious culinary establishments, such as Wright and Company in Detroit and six.one.six in Grand Rapids. He helped design the menu at Terra, a neighboring restaurant in Eastown.

That being said, the food I had, per se, was a little bit gross. Not bad, but there were a couple of bites where I wondered what was going on. The concept at That Early Bird is balanced between three categories: pastries, grab n’ go’s, and larger menu items that act as a real meal. I opted for sticky rice with coconut and mango, a grab n’ go option, and it was alright. My dining companion, however, ordered a pb and j, which was an English muffin with crunchy peanut butter and some sort of lemon jam that had a taste that lingered in your mouth for five minutes after you ate it. It seemed like cafeteria food at a private school that tries too hard.

Granted, there were other food options available to me, like a wild mushroom pasta with foraged mushrooms, housemade pappardelle, lemon thyme and garlic cream sauce with a sunny-side up egg on top, but I wasn’t going to pay $12 to eat foraged mushrooms. I don’t think any college student would.

In contrast to the food at That Early Bird, the coffee at That Early Bird is no fuss. Co-owner Stephen Curtis (of Rowster Coffee fame) is listed as That Early Bird’s “coffee pro.” The coffee menu was surprisingly underwhelming: a section of four different lattes, a few roasts of brewed coffee, chai (of course).  This is a welcome change to people who just want a cup of coffee, and are tired of trying to figure out exactly what is in the latte they’re ordering.

In terms of the overall vibe, That Early Bird seems to be going in that hip-modern-gentrified direction that most of Eastown is headed. You walk in and the place is incredibly light—which is gives it a calm and clean attitude. The man sitting next to me doodled on his iPad, a woman across the room met with a colleague for coffee. I theorize that it would be difficult to find a seat for more than 3 people at once in there. My party of 3 hopped around trying to accommodate our need for electrical outlets. I wouldn’t go there if you had anything to get done.

Overall, I think That Early Bird is one of those businesses that neglects to concede that Grand Rapids is a college town. It was mostly out of my price range, is open from 7 a.m. to 7 p.m., which doesn’t accommodate most college students’ schedules, and is littered with working professionals who seem to have traveled across town to get there. I understand its appeal, but I don’t think it would be appealing to most Aquinas students.

Mackenzie Murphy is a junior at Aquinas College where she is the  Editor-in-Chief for The Saint. She is also a freelance writer and high school debate coach. In her spare time, Mackenzie enjoys reading and geeking out over David Foster Wallace. Follow her on Twitter at @MurphyKenzio