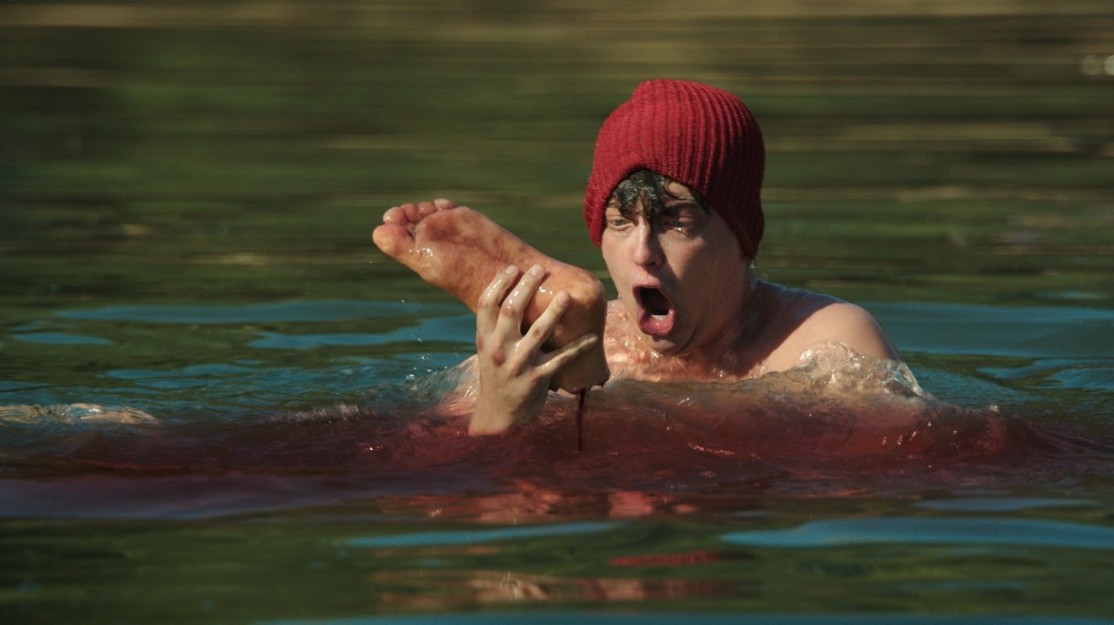 If you’re looking for a spooky movie to watch with your friends, 13 Nights of Halloween started on Freeform on Oct.19. But if you’re in need of a good laugh, log onto Netflix right now.

Jordan Rubin’s “Zombeavers” is more comedy than horror, but the comic relief comes not from the crude and often sexist jokes but from the plot itself.

After two truck drivers hit a deer and a vat of toxic waste spills into a river, an entire colony of beavers is turned into blood-thirsty, undead mammals who prey on a group of college students looking for a weekend getaway at a remote cabin. And it only gets worse from there.

The creatures themselves looked more like the ten-dollar beaver plush my sister bought at a camp gift shop when she was seven than actual animals. They proved, however, to be a force to be reckoned with. Not only because they would eat your brains out and couldn’t die, but because they were intelligent, cutting phone wires so no one could call for help, and building a dam over the road so no one could leave by car. This made me question an entirely new subplot: were they that smart before they turned, and this is the writer’s way of telling us we should all be worried about a beaver revolution? Is this movie seriously making me think about a “beaver revolution”? Oh, God. The only thing worse than the evil mammals themselves were the characters being attacked by them.

The narratives given to each character were so stereotypical it reminded me more of a prolonged “Saturday Night Live” sketch than an full-length movie. There’s Mary (Rachel Melvin), the intelligent—she wears glasses to prove it! —and level-headed redhead with a wicked side; Zoe (Courtney Palm), who has an obnoxious “YOLO” attitude to go with her edgy, perfectly messy haircut; and Jenn (Lexi Atkins), the blonde heartbroken over discovering her boyfriend has cheated on her with—surprise, surprise—her BFF, Mary. Never saw that one coming.

The film’s leading men were no more entertaining. We have Tommy (Jake Weary) the college student who still wears his varsity jacket from high school and bravely risks his life to save the rest of the squad (What a hero! Blah.); Sam (Hutch Dano) who cheated on Jenn and came on the trip in hopes to win her back but just ends up making out with Mary moments before he is attacked by a beaver; and then there’s Buck.

Everything about Buck (Peter Gilroy) made me cringe. His mouth hung open constantly in confusion, and when he did have dialogue, it was always a demeaning comment towards one of the girls. It was no wonder why the beavers decided to go after him first. I think Buck might have been the least interesting character of them all, yet by the end of the hour-long train wreck he left me with the most questions: Why are you the way you are? Who hurt you? And more importantly, why are you always wearing that hat? Seriously, he wears a red beanie the entire movie, even when he’s swimming in the beaver infested lake.

Just when I thought this movie couldn’t get any more tragically hilarious, the characters start turning into zombeavers themselves! Even other woodland creatures get in on the action when a bear grows wood-chomping teeth and a tail as well.

By the end the only survivor of the coup d’beaver is Zoe, the fiercely independent girl who doesn’t take any bull…shocker.