NaNoWriMo: how many words did you write? 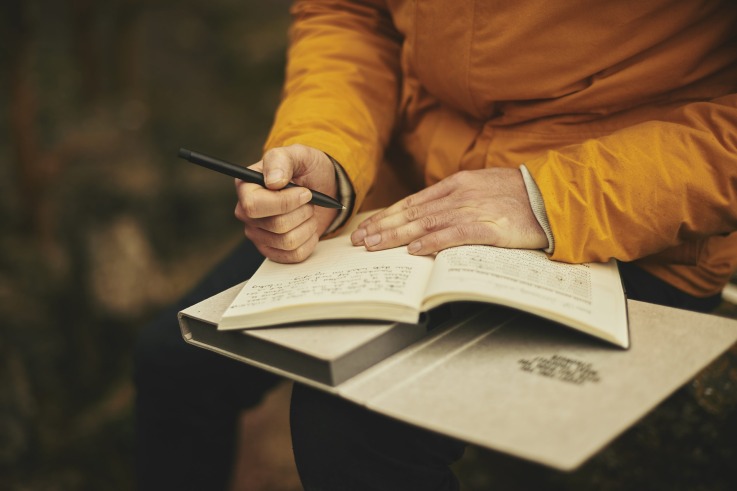 November is the month of pretty fall leaves and going home for Thanksgiving celebrations. But, for the writers among us, it is also the month for National Novel Writing Month, or NaNoWriMo.

The general idea is to write an entire novel of 50,000 words in only one month. If it sounds tough, that’s because it is. Of course, writers can have as detailed an idea of the plot of their novel as they want, as long as they don’t actually write any words until Nov. 1. NaNoWriMo writers often categorize themselves into “Planners,” who would have a good idea of where their story is going, starting Nov. 1, or “Pantsers,” who fly by the seats of their pants and have nothing planned out.

Both can be good strategies, as planners usually know exactly what they’re going to write on any given day, and pantsers generally have more freedom to throw in a plot twist that would give them more to write about if they’re running a little low in the word count department. However, 50,000 words is still a lot to churn out in 30 days.

Luckily, it’s a national event, so writers across the country can find solidarity and motivation in a community of like-minded, just-as-stressed writers. There are virtual write-ins streamed live on YouTube, where writers can get inspiration and motivation, pep talks sent out from published authors, and word sprints, which is a timed session of writing, sometimes with a dare or a writing prompt at the beginning.

Writers can also find some inspiration locally, with local regions offering in person write-ins and other opportunities. And writers who call Aquinas home found some help in the AQ Writers’ Guild, a Registered Student Organization (RSO) focused on writing of all kinds: prose, poetry, fiction, nonfiction…you name it, they write it.

So for NaNoWriMo, they planned out several ways to help Aquinas writers get those words in.

Thirteen different members of the Aquinas community participated in this year’s NaNoWriMo, and they have been writing a lot. According to the Writing Center, the word count for Aquinas was at 203,126 words on Nov. 21. The campus goal is 300,000 words by the end of November, so as a whole, the Aquinas community is getting there.

If you were attempting NaNoWriMo but haven’t sent in your word counts, send an email to junior Tom Doetsch, the secretary of the AQ Writers’ Guild, by Nov. 30. Even on the last day of the month, every word counts!