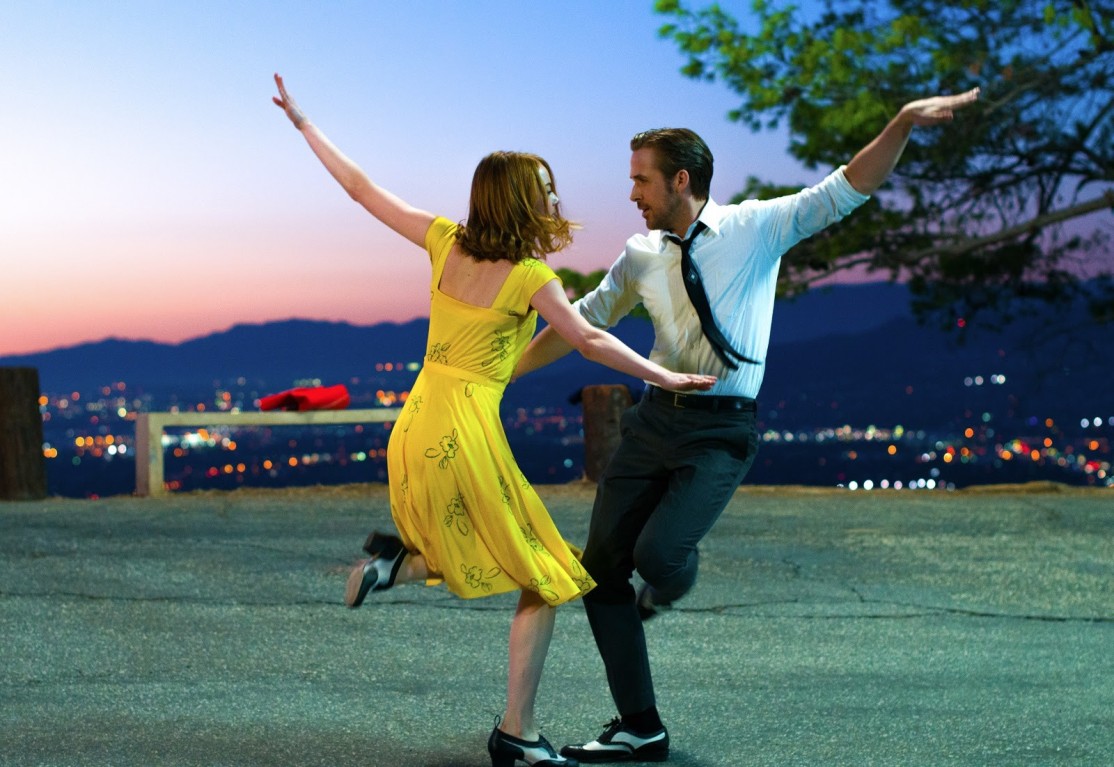 “La La Land” restored my faith in humanity, if only for a couple hours. Written and directed by Damien Chazelle, this meta performance about the struggle of being a performer reinserts a need for fine arts in society.

Ryan Gosling plays Sebastian, a jazz musician fighting to bring back the original fervor for the genre. He plays alongside Emma Stone’s character, Mia, a struggling actress trying to get her big break in 2016 Hollywood.

These characters, simply put, are inspiring. Through their battle for balance between achieving their artistic vision and making enough money to pay the bills, they channel the inner monologue artists everywhere. Mia and Sebastian are the poster children for failure, success, and finding love along the way. Their characters exhibit the need for exploring all forms of art and finding ways to combine these art forms to create something whimsical and entirely new. They raise the bar for society’s dreamers.

Chazelle sets new standards for Hollywood through his beautiful medley of song, dance, and visual appeal. He knows how he wants to make his audience feel, and knows exactly how to do it. I can see the excitement of newfound companionship when the pair performs a tap dance routine after their first real encounter. I can feel the butterflies in my stomach when the final, chillingly beautiful note drops in “Planetarium” as Mia and Sebastian share their first kiss. And I understand, after drifting apart from each other, their pain through a montage of scenes imagining what they could have been.

Chazelle fills in the holes film has torn open in the past: He gives his piece meaning.

“This is, in many ways, a movie about movies,” the director said in an interview with The Verge.

“This is a movie about the arts.”

Chazelle continued on to say that in creating his masterpiece, he tried to reflect modern Hollywood, a place that struggles, like his characters, to balance classic and modern.

“Everywhere you turn, there’s an echo of this glorified movie past,” he said. “In many ways, there’s also an industry that seems determined to erase that past, or ignore it, and push forward.”

Chazelle seems to find this balance. He includes numerous references to classic musicals, but also introduces a modern twist on jazz through John Legend’s character, Keith. He demonstrates how both takes on the genre can be made into successful careers, and exemplifies the need for both of them.

As for the acting side of the flick, he demonstrated that there is no feat worth not pursuing through Mia’s seemingly disastrous one-woman show. While it may not fit into the grand plan of Hollywood, it’s effect on the small audience it accumulated was worth its initial pain and humiliation.

All-in-all, “La La Land” gave me hope. It told me that my dreams are worth pursuing, pain is gain, and all that jazz. Get it? Jazz? Anyway, 10/10 would recommend.