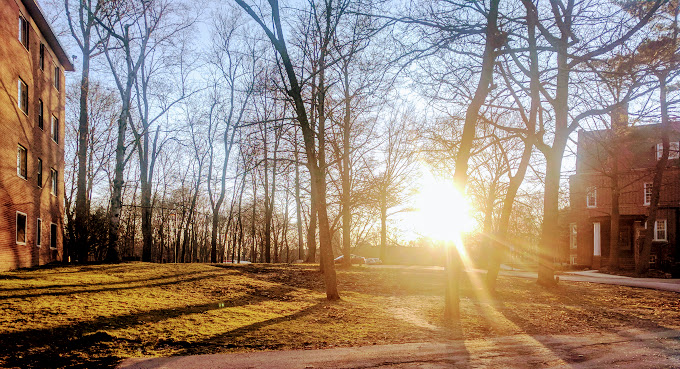 Aquinas students may have a small but important change facing them soon. The Aquinas College Student Senate recently passed a resolution urging the administration to stop purchasing single-use water bottles. The measure, passed unanimously, supports the elimination of plastic water bottle sales anywhere on campus. The resolution was passed at the urging of Take Back the Tap, a student-run activist campaign which has aimed for the last two years to make Aquinas College a bottled water free campus.

“This education and advocacy component was necessary to even approach the Senators,” Shafer said.

It is important to note that the resolution was not binding — the administration is not forced to act on it in any way. When asked about what’s next, Shafer said, “The resolution has been passed to President Olivarez and Stella Sorovigas, who manages our contract with Coca Cola, and we are currently waiting on responses from them.”

Despite not being forced to act, the support of the administration seems likely. The administration has known about the Take Back the Tap initiative for a while, and has hinted at support during the Great Ideas Competition last fall. Dr. Olivarez was on a panel of judges during the competition, which Take Back the Tap ended up winning. They were awarded a $500 dollar grant, which was put towards getting a new filling station installed in the library.

There have been some concerns about the implementation of the resolution, however. If bottled water is no longer sold on campus, there may be some difficulty getting water on campus. Shafer admitted this, but said that her organization would be here to help. She laid out some changes that would have to be made before the campus could transition to a bottled water free campus. Among those changes suggested would be installing more filling stations, providing water bottles to incoming freshmen, and selling reusable water bottles for an affordable cost.

Aquinas College was voted the #1 Sustainable Business in West Michigan; eliminating plastic water bottles would help towards retaining that status. Further, if Aquinas were to stop the sale of plastic water bottles, we would be the first college in Michigan to do so. For now, however, we wait and watch the administration for a reaction.