Plugging in: Student Leadership and Engagement and its new Director, Allie Markland 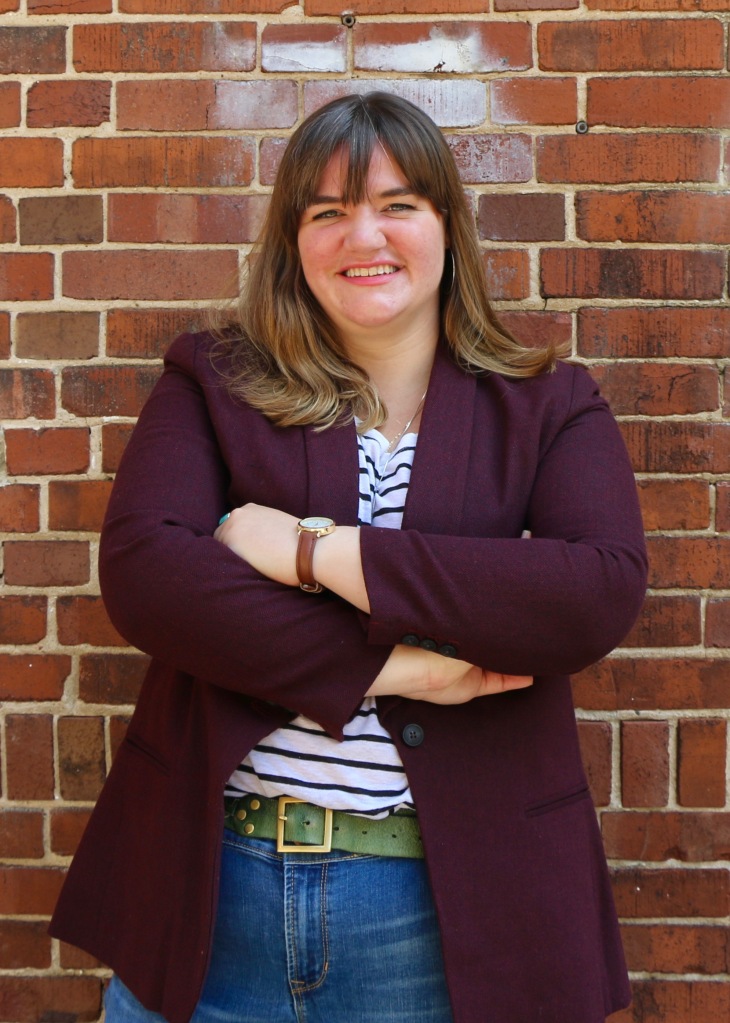 Meet Allie Markland: Allie is from Indiana, lived in Chicago for ten years and was involved in Residence Life at AQ for three years.

Previously known as “Campus Life,” the department of Student Leadership and Engagement (renamed over the summer), has a new director, Allie Markland.

Markland is originally from Fort Wayne, Indiana, but moved to Chicago to study as an undergraduate, where she would go on to complete her master’s program at Loyola University, and work in student affairs with the school at the Art Institute. After living in Chicago for ten years, she moved to Grand Rapids with the intention to find a job in Campus life, but first worked with ArtPrize, an internationally recognized annual art competition which takes place during the fall in downtown Grand Rapids. Markland first became involved at Aquinas College by working in Residence Life for three years.

When asked about the best part of living in Grand Rapids, Markland said that she loves how there’s “a little bit of everything,” from the local eats to having a lake and beautiful natural areas nearby, although she confessed she’s “more of an indoor girl.”

Her favorite part about the Aquinas campus is its inclusion in the surrounding neighborhood and the walkability, including the nice little tree-lined paths she enjoys when walking her dog. Her go-to snack from the Moose is a package of pop-tarts, usually strawberry flavored, although she said her favorite kind during college was the double chocolate. She said if she were to give any advice to college students, it would be to “lay off the chocolate poptarts,” and “wear your retainer.”

Part of Markland’s new role as director, which she assumed this summer, is redefining the involvement of the Student Leadership and Engagement department in the Aquinas community. One reason for the name change from ‘Campus Life’ she explained, is semantics.

“Engagement is active,” she said, “Being engaged isn’t just showing up and being entertained by someone. It’s plugging in and taking ownership of that experience.”

The other reason for the name change includes a shift in how the department intends to approach student involvement. The goal of Student Engagement and Leadership is of course to encourage students to participate in fun activities on campus, but also to help students derive knowledge and develop skills from their experiences that can be applied to life post-graduation. Markland said that her department is now just trying to be more intentional about the experiences they work to provide to students.

Another important part of the department’s role in the future is going to be helping students find leadership opportunities in the way that best fits them, whether that means having a position on Student Senate, helping to lead a registered student organization, or even creating their own student organization if it doesn’t already exist.

As for the new capacities in which Markland hopes the department will be able to assist students, she said, “It’s for sure a developing idea, we have to sort of baby step it.”

Even more changes for the department of Student Leadership and Engagement include hiring another full time staff member for the office in the near future to deal more directly with registered student organizations and make sure they have the resources needed to put on great campus activities. The office is also looking to improve the relay of information about campus involvement for commuters, and to rebuild the commuter club.

Programs that continue to fall under the department’s umbrella of administration include Student Senate, registered student organizations (RSOs), the Aquinas programming board (AQPB), new student orientation, and more. The best way to keep up with Student Leadership and Engagement is to refer to the AQ events calendar on the Aquinas website, which encompasses the upcoming events related to academics, athletics and student life. Another way to keep up is to check the rotating content displayed on digital screens throughout campus, in the Moose, the Corner Café, or anywhere students gather. Many Aquinas departments and groups have Facebook pages as well.

“If you’re already going to be on Facebook, you may as well be getting information about things going on on campus,” Markland advised.

This week, Student Senate and registered student organizations are helping to put on multiple events in honor of homecoming on Saturday, including bringing a hypnotist to the Wege Ballroom Thursday evening at 9 p.m., a tailgate on Saturday for alumni and students, an affinity fair for Aquinas alumni, the senate garage sale (which is a great way to get AQ swag at a low cost) and a showing of Wonder Woman at dusk on the Aquinas athletic field. For more information on these events and those in the future, check out the AQ calendar at www.aquinas.edu/life-aq/full-campus-events-calendar.

Markland wants the Student Leadership and Engagement office to be an environment in which “students can just come and ask questions.”