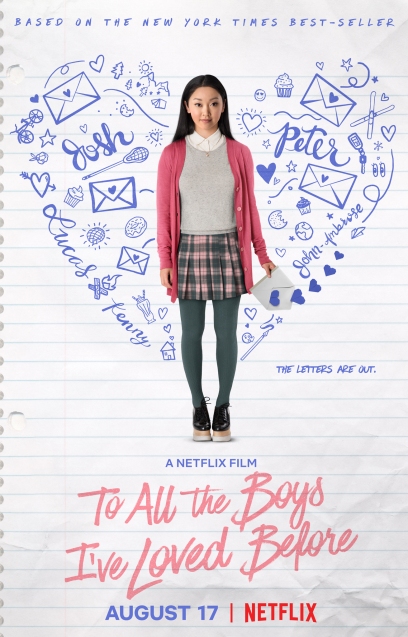 Whether you’ve been living under a rock for the past couple of months and haven’t heard about any Netflix rom-coms, don’t have or like Netflix, or couldn’t really care less, this article has something for you. To all the fans of this summer’s popular teen rom-coms like The Kissing Booth, To All The Boys I’ve Loved Before, and Sierra Burgess is a Loser— sit back, relax with whatever device you’re reading this on, and let’s go.

So… rom-coms.  Some people hate them, while others stay up all night watching with giggles and popcorn.  They can make you laugh, cry, scream in frustration, swoon, or my favorite– roll your eyes in irritation. Nonetheless, Netflix is still resilient in releasing popular rom-coms time and time again.  The question everyone wants to know is why?  Why now?  What is Netflix’s “big scheme?”

The short answer is because they can!  Netflix is a titan company whose rom-com viewers alone have garnered 80+ million around the world.  The New York Times even named The Kissing Booth “one of the most-watched movies in the country, and maybe in the world.”  Netflix sees how much attention their rom-coms are receiving and they’re responding to it.  As long as we keep watching, they’ll keep producing.

At the moment, the majority of people love the classic rom-coms— usually a misunderstood girl meets a tall, dark, and handsome brunette while trying to make sense of her feelings.  Some teens might say these are “cringy” or “cheesy” movies that are aimed at sucking in gullible teenagers, and they wouldn’t be completely wrong.

With Netflix creating so many rom-coms, it begs the question of what unique elements would you as the viewer like to see Netflix show more of in rom-coms?  The predictable storyline where two main characters quickly fall in love over an hour and a half, or a plot that’s a little bit deeper and makes you think? Initially you might say, “Obviously the deeper plot, I like staying on my toes throughout the movie, not wasting my time…”  But think about why you might watch the cheesiness in the first place. Maybe it’s to escape some summertime sadness that made you ugly cry, maybe it’s to daydream about your future boyfriend or girlfriend, or it could simply be a distraction from homework.

Nevertheless, Netflix might be onto something.  So don’t think about them as being a greedy corporation trying to manipulate teenagers, think about the positive, healthy side of rom-coms. If you still think they’re stupid, then fine, joke about them with your friends over lunch or just don’t watch them. But if you’ve watched every single one ten times each then enjoy that feeling, enjoy being young and happy and stress-free for that hour and a half.  If rom-coms teach you anything, it’s to not take life too seriously.

Tagged as: #netflix, romantic comedies, sierra burgess is a loser, the kissing booth, to all the boys i've loved before