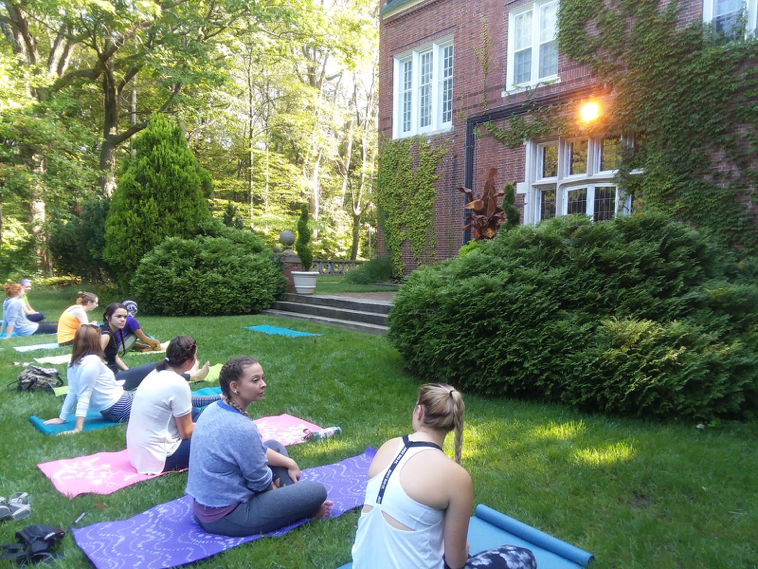 In the morning, GR Unwind had two yoga classes. Each was hosted by the same local yoga instructor. Both were held on the side lawn at Holmdene, but the second session had to be moved to a larger area due to the large turnout. The biggest struggles of this event were the swarms of mosquitoes and the wet grass. However, I would say the event was an overall success, due to the high number of participants and the relaxing nature of the event. When I finished the one-hour session, I felt calm, rejuvenated, and ready to take on the day. The instructor brought a sense of peace and made everyone feel comfortable, regardless of their yoga skill level. 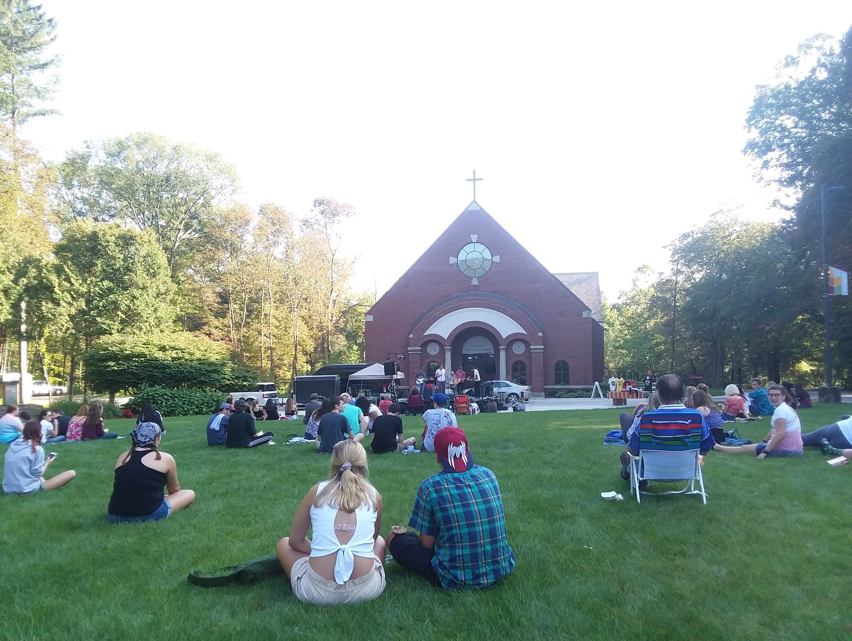 GR Live started later in the day, at 4:15 p.m.. The event was hosted on the lawn in front of Holmdene. There was a stage set up, along with portable bathrooms and a tent for food from Yesterdog and Chick-fil-A. The concert featured multiple local bands and an appearance by Aquinas’ own acapella group, Take Note.

A big draw at this event was the freebies. Free food from Chick-fil-A and Yesterdog was available, and T-shirts that said GR College Week were being passed out. I would say that this event was a modest success. There was a decent turnout considering that most people only stayed for a little bit of the show before leaving. It also appeared that it was mostly Aquinas students and faculty in attendance, though this was an event meant for all the colleges in the Grand Rapids area.

With this being the first year of GR College Week Events, I believe that it went fairly well. I think the push next year will be to get students to visit the events that other colleges are hosting that week. The idea is great though, it is uniting to bring a whole city of students together for a common purpose.