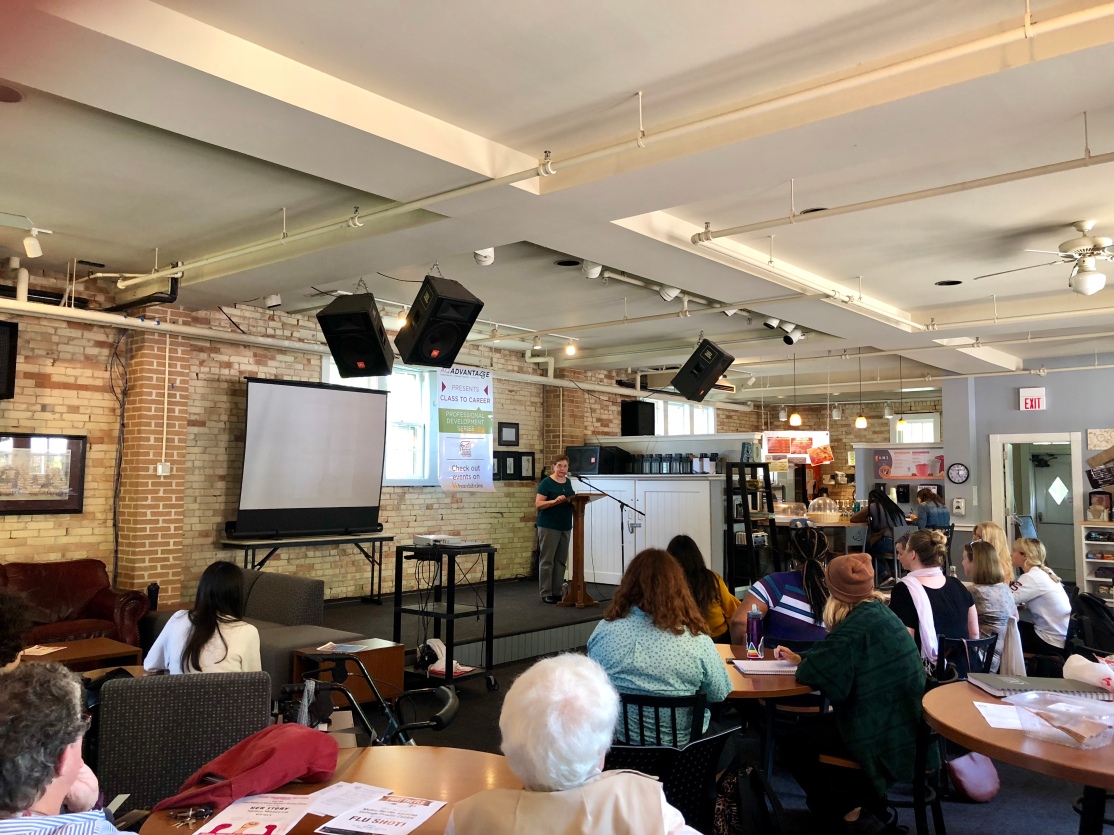 On the second Monday of each month, the Jane Hibbard Idema Women’s Studies Center and Center for Diversity, Inclusion & Equity hosts the HerStory Speaker Series at the Cook Carriage House. The series features personal stories of women and their journey to leadership positions on campus: how they got to where they are, who or what motivated them and how they overcame obstacles.

This month, the series highlighted Sr. Maureen Geary — a devote Dominican Sister who has been an active member of the Aquinas community for years.

The purpose of the event was to give Sr. Maureen a platform to tell her story in whatever capacity she desired. She began by recalling her educational background at Notre Dame, where she was part of only the third female class to be admitted to an undergraduate program. After she completed her undergraduate studies, she worked as an accountant for a number of years until she decided to go to law school.

Upon completing law school at the University of Michigan, Sr. Maureen practiced law for about four years. Somewhere in her career path, she recognized a desire she had to be a part of something bigger than herself. This desire led her to join the congregation of Dominican Sisters in 1987.

Her time as a Dominican sister has led her to a number of places, including the Aquinas College community. Sr. Maureen served as a teacher at Aquinas for 3 years; she also worked in administration and as the Vice President of finance. In 1997, she left Aquinas to pursue a Master’s degree in Theology, which included weeks of study of scripture in the Holy Land and Greece.

The overall theme of Sr. Maureen’s story is best represented in a quote she shared: “we make plans and God laughs.” Throughout her narrative, she emphasized the importance of quest and query in her life that has led her to pursue multiple paths in her life.

Although she has lived in Grand Rapids most of her life, Sr. Maureen has traveled extensively to Rome, the Holy Land, Peru and throughout the United States for service ministry and development.

The next HerStory event, featuring Dr. Linda Keway, will take place on Nov. 12.