Danzón Cubano officially opened its doors on Oct. 26. The Cuban restaurant has been highly talked about — and now that its doors are open, customers can expect an experience filled with taste and sound. 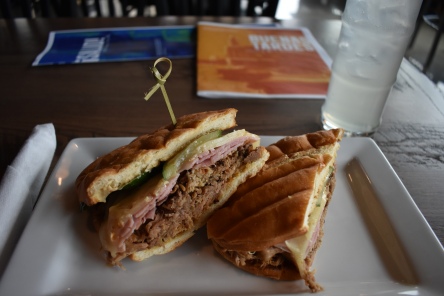 The restaurant’s floor is a dance floor; opening weekend included a Salsa night featuring Cuban timba and son. Nava believes Danzón Cubano’s environment will be a learning experience — one that will be unique to the neighborhood.

The restaurant is located at 1 Carlton AVE SE. If you walk down Fulton Street it’s about a 14-minute walk from Aquinas College, according to Google Maps. It’s a location the business partners spent time searching for. 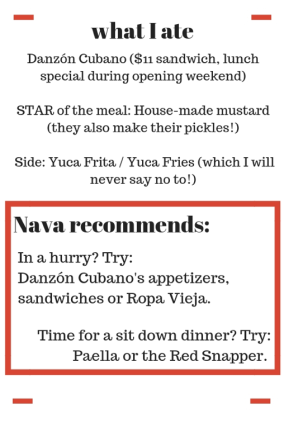 “We looked around a lot,” Nava said. They like that Danzón Cubano is close to downtown Grand Rapids, but not inside it — making parking a little less complicated. But what made the space on Carlton and Fulton most attractive was its openness.

“The space was an open shell,” Nava said.

They used that shell to bring their restaurant vision to life. It was not an easy process, but a fulfilling one. In the same fashion, a menu was created.

The menu was a collaborative effort. Nava was familiar with Cuban food, but is not of Cuban descent. He worked with Cuban friends to tweak the recipes he knew, together creating a menu with authenticity in mind. And it is authenticity they want many to experience; the restaurant has vegetarian, vegan and gluten-free options.

Nava mentioned that Danzón Cubano is still hiring. More information on the restaurant can be found at https://danzoncubano.com