TV Review: What’s the best thing to binge watch on a snow day?

It’s getting to that time of year where everyone is happy that we had winter, but also ready for it to up and leave. While waiting for winter to be over, here are four shows that are worthy of bingeing on a snow day. 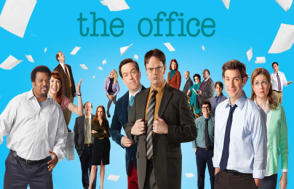 “The Office” is a sitcom filmed as a documentary set in (self explanatory) an office of the Dunder-Mifflin paper company. Starring Steve Carell, Jenna Fischer, John Krasinski, and Rainn Wilson, the sitcom outlines the everyday life of coworkers in an office while adding additional inappropriate behavior, social outbursts, and “tell-it-how-it-is” comments by the boss. Rotten Tomatoes ranks this show at 89%. They suggest that “If you’ve ever hated your boss, your job or both, then you’ll love this show.” The US version can be watched on Netflix, Amazon Prime, Vudu, and other sources.

“The Office” is perfect for binge watching because first of all, it is very accessible. Additionally, it consists of 9 seasons. There is plenty of content to go through, and Steve Carell’s character, Michael, will keep you laughing the entire time.

This 15-season medical drama is set at Seattle Grace Mercy West Hospital. The series begins centered around a group of interns at the hospital, who later become doctors, trying to maintain a normal life and relationships outside of work. Starring Ellen Pompeo, Justin Chambers and Chandra Wilson,this medical drama averages an 80% on Rotten Tomatoes. “Grey’s Anatomy” can be watched on Netflix, Hulu, ABC, and other sources.

If you’re a fan of drama and suspense, Shonda Rhimes’ show is perfect for binge watching. Each episode keeps you at the edge of your seat, wondering what will happen next. This show allows you to become involved in each character’s personal and professional life. You won’t hesitate to click “yes” when Netflix asks, “are you still watching?” 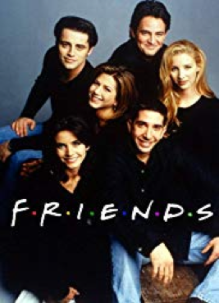 As stated on Rotten Tomatoes, with an average rate of 78%, “Friends” is also one of television’s top-ranked series and the recipient of numerous Emmy Award and Golden Globe Award nominations. The 10-season sitcom is based on a group of friends living together in New York. It stars Jennifer Aniston, Courteney Cox, and Lisa Kudrow and can be watched on Netflix, Vudu, Youtube, and other sources.

“Friends” is totally binge-worthy because there are 10 seasons, allowing you to follow the tracks of these friends’ lives. You get to watch their friendship grow through the hilarious and embarrassing moments. From the first season, you will be hooked on finding out where their friendship leads. 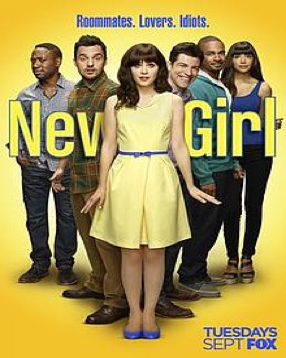 This 7-season sitcom is about a single girl (Jess) moving in with three guys.  Rotten Tomatoes gave this show a 94% rating. It stars Zooey Deschanel, Jake Johnson and Lamorne Morris and can be watched on Netflix, Hulu, Amazon Prime, and other sources.

If you’ve ever wondered what it would be like living with all guys, this show is exactly that. Jess Day moves in with three quirky and slightly immature guys after going through a rough breakup. You’ll want to see how this one turns out, trust me.

As winter continues, you’re sure to have at least a few more opportunities to warm up by binge-watching these shows.