The Pine Ridge Indian Reservation in South Dakota experienced extreme flooding this spring, first reported on March 24 by the New York Times. A sudden spell of warm weather melted accumulated snow that would usually run off throughout the course of the spring, resulting in floods in South Dakota and surrounding states.

Aquinas College students visit the reservation each fall break on a trip through the Service Learning department. Previous participants of the South Dakota trip are organizing to help the community they grew to feel a part of.

Factors of geography and history have made the flooding more destructive in Pine Ridge than other places. According to previous service learning participants, most homes are atop buttes surrounded by low-lying land. Floodwaters reached the top of the buttes in some areas, leaving thousands stranded from access to food, medical attention and other basic needs. Some residents are still travelling by boat.

The Red Cloud Renewable Energy Center (RCREC) was among the affected areas. Started by Henry Red Cloud over a decade ago, the center is run by Lakota Solar Enterprises and brings solar energy to reservation residents.

Aquinas Senior Joe Volpe attended the trip in his sophomore year and was a leader in the fall of 2018. He describes Red Cloud’s work as teaching his community to sustain themselves in sustainable ways. “You have a solar panel, but you also know how to install it and teach a friend. You’re creating a sustainable community in both senses of the word.”

The RCREC also hosts the Aquinas College service learning students each autumn, a trip that holds deep significance for its participants. Mallory Miller, student engagement coordinator at the Center for Diversity, Inclusion and Equity, was a staff leader on the fall 2018 trip. She described her experience as fulfilling and moving, “an opportunity to connect with service learning.”

Participants added that they felt deeply welcomed in Pine Ridge. “The community has been impacted deeply by intergenerational trauma that we as white people caused for them,” Volpe said “and they are there to welcome us with open arms and treat us as their best friends. They are willing to enrich us with their culture and allow us to participate in it.”

Volpe said that his time there held the most special moments he has had while at Aquinas. “It’s hard to identify what is important about my experience because it was that important,” he said, a sentiment expressed by many other students.

As of April 16, seven clubs in two departments had pledged funding from their budgets to host a benefit event. Supporters included the Social Action Committee, POLIS, the Econ Club and AQ Pride. The fundraiser will feature food, baked goods, and the opportunity to donate.

Proceeds will be sent directly to Henry Red Cloud rather than raised through GoFundMe or channeled through an organization. Volpe believes that “the best practice in fundraising is to have the presence of the community in your fundraising efforts. It builds an energy around it, gets people excited about an opportunity in a different way than giving to a GoFundMe.”

The donations will primarily be used to rebuild Red Cloud’s business and infrastructure. Kirsten Fedorowicz, Aquinas senior and trip participant, pointed out that when natural disasters occur, there is often an outpouring of immediate aid relief, but the repair of basic infrastructure can be overlooked. Especially with the fear that these natural disasters will increase as climate change progresses, Fedorowicz adds, infrastructure is vital to survival and adaptation.

Students chose to raise money rather than send items for several reasons. Physical donations could be difficult to transport, the operation of the post office in Pine Ridge is uncertain and many residents do not have street addresses.

“Even if you haven’t been to Pine Ridge, if you say that you care about climate justice, it’s important to turn around and care about these people,” said Fedorowicz.

Volpe pointed out that the college’s promotional materials feature the line “I will pursue social justice.”

“If we’re going to do that,” Volpe said, “we have to help our friend Henry, our fellow human. This is…a call to sow our own seeds in social justice efforts.”

The Pine Ridge fundraiser will take place at The Moose on Sunday, May 5, from 12-3 p.m. Contact Joe Volpe (jav005@aquinas.edu) with questions or to make a donation outside of the event. 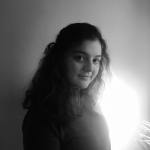