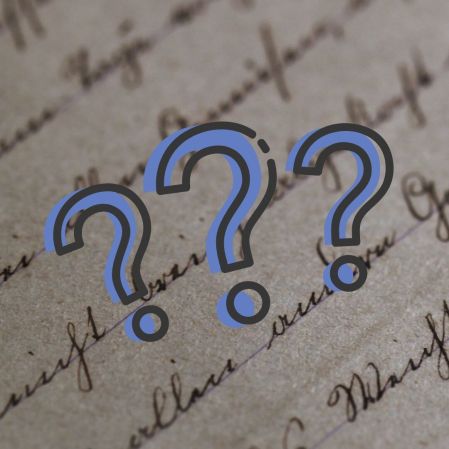 When I was in elementary school, I learned cursive. Quite honestly, just like all the other third graders, I wasn’t very good at it. Now, I’m one of the few people who write in cursive regularly and who can sign my name easily in cursive. Yes, people think I’m crazy.

Not learning cursive doesn’t seem to hinder learning, nor does it cut people off from progressing through their everyday lives. Signing your name is now putting your initials and a dash. So why should it matter if you can’t write or read cursive?

Take a look at our important American documents such as the Declaration of Independence, the Constitution, and the Bill of Rights. All were written in cursive. If we lose this style of writing, we risk losing a piece of history, thus leading us to be misguided.

Before the Catholic Reformation, church officials had great power over the congregations and were able to manipulate and create a chaotic tyranny over entire parishes and even cities. Through this power of literacy, which the people didn’t possess, the church officials essentially controlled these congregations. Eventually, this power over the people caused the Church to lose the basic foundation of faith.

Reflecting on this, I have realized that this event of the past isn’t completely unimaginable in modern society. Presently, with our historic laws and constitution being written in cursive, only the officials that can read cursive can truly interpret and explain the original laws of our nation. Additionally, not only do these individuals have the power to interpret that law, but they also have the ability to misinform the citizens of America and manipulate what we understand. Personally, I don’t believe this is right, especially if we want to uphold the original foundations of our democracy in America.

It’s quite possible that the lack of cursive lessons in schools is beneficial and opens up room for other important lessons to be taught. However, cursive isn’t just a luxurious style of handwriting. Cursive, no matter what you think of it, was used to write the primary laws of our nation. It kept history intact until computer systems were invented, and was the means of communication for hundreds of years.

Computer systems can crash, and paper can burn. If all we have is material documents in cursive, and we can’t understand it, we may lose our history.

We have decoded Greek, Egyptian hieroglyphs, ancient languages from Stone Ages, and many other languages. Let’s try and keep our own, no matter how fancy it is.