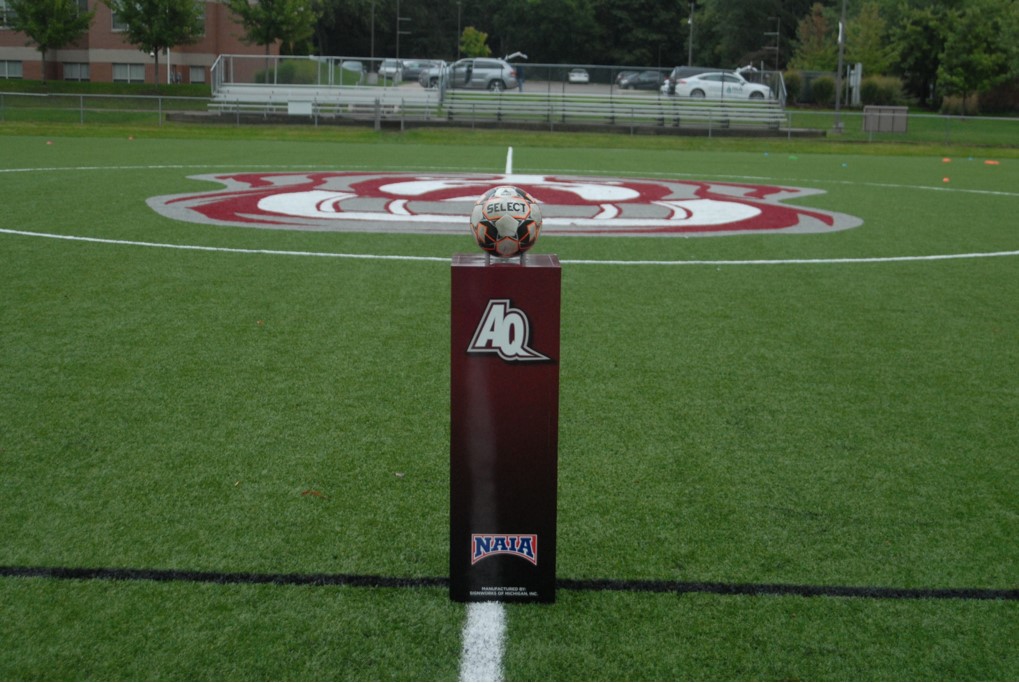 Aquinas soccer topped rival Cornerstone last week in Men and Women’s soccer, pulling in another WHAC win for both teams.

The Women’s team currently holds an overall record of 7-2-1.  In WHAC play, the Saints hold a record of 2-1-0 with wins over Indiana Tech and Cornerstone University and a loss to the University of Northwestern Ohio (UNOH).

Sophomore forward, Hannah Crum currently leads the team in the number of goals scored, with a solid eight goals.  She is followed by junior forward Filippa Struxsjo with five goals and freshman Danni McKenzie with four goals. Senior Jenna Smith leads the team in assists with a total of seven.

Women’s soccer will travel to face Lawrence Tech on Wednesday, Oct. 9 and Lourdes University on Saturday, Oct. 12.  So far, the season looks promising and the Saints are hoping for a couple more wins in WHAC play after these two big games.

The Men’s team sits at an overall record of 2-4-4 for the season.  They are 1-1-1 in WHAC play with a win against rival Cornerstone University, a loss to Indiana Tech and a tie with UNOH.

With eight goals for the season, Bailey Whalley is currently in the lead, followed by Franco Calabrese with two goals.  Franco Calabrese is also tied with Fin Pittock at three assists for the most assists on the team.

The Saints’ next game is tonight Wednesday, Oct. 9 at 7 p.m. against Lawrence Tech.  Following that game, the Saints will travel to Lourdes University on Saturday, Oct. 12 to face Lourdes in WHAC play.

Check out aqsaints.com for upcoming games or watch them live on the AQ Sports Network. Go Saints!