Theatre season off to splendid start with “Distracted” 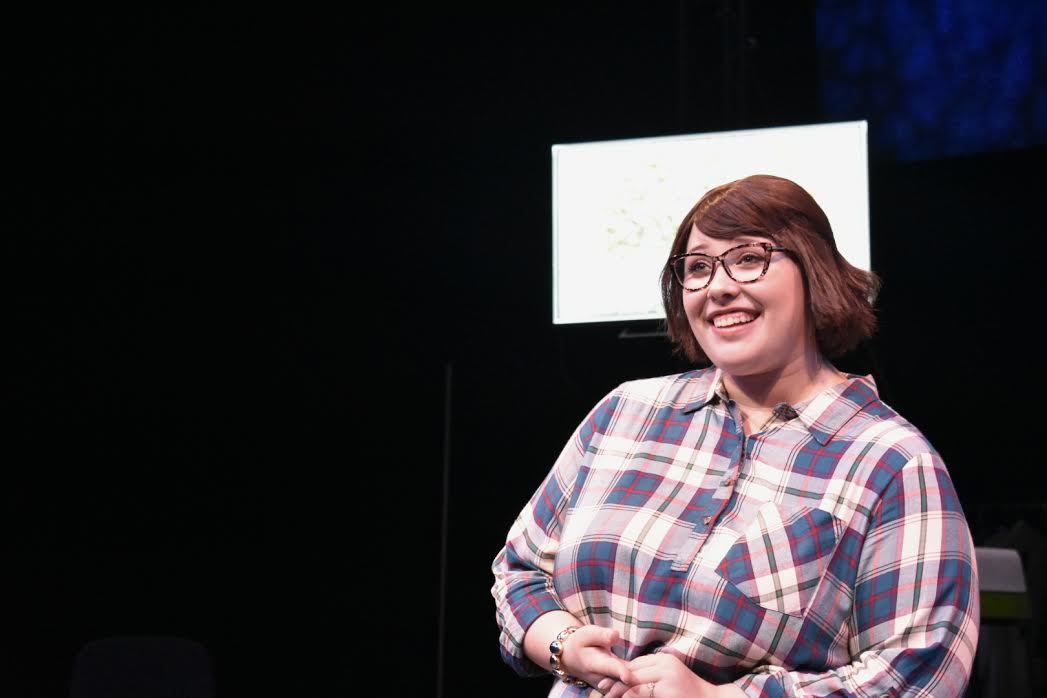 The 2019-2020 season of Aquinas College Theatre opened with five showings of Lisa Loomer’s 2007 play “Distracted” at the Performing Arts Center.

You may have seen at least one of Loomer’s earlier works—she co-wrote the screenplay of the 1999 film “Girl, Interrupted”, which starred Winona Ryder and, in her Academy Award-winning supporting role, Angelina Jolie.  Loomer is also a well-established playwright, with successful plays as early as 1994’s “The Waiting Room,” which addressed the problems of body image in human society, and as late as 2016’s “Roe” about Roe v. Wade.

In “Distracted,” she revisited the themes of both mental health from “Girl, Interrupted” and the shaky ethics of the medical and pharmaceutical industries. We watched the story of nine-year-old Jesse Cara’s alleged ADHD, as seen through the eyes of his mother.

Jesse’s mother, who was on stage throughout the show, was played by sophomore Meridian Pearson, who had already wowed the house last semester in “The Moors” and “Everybody”.  Jesse’s father was senior John VanWeezel, whom we already knew from such shows as “Everybody” or 2017’s “Rhinoceros”.

Seniors Emily Cipriano and Ian Reul and sophomores Angela Beckwith and Izzy Schmall each played multiple supporting roles, while Jesse was played by Drake Selleck, who, as a seventh-grader from Chandler Woods Charter Academy, is already quite the veteran of the Grand Rapids theatre community, having acted before with Circle Theatre and Heritage Theatre.  Professor Kyle Westmaas, the director, had previously directed such shows at Aquinas as 2017’s “Baby with the Bathwater” and 2016’s “The Storm”.

Both the portrayal of mental health issues—those of Jesse and those of other characters—and the portrayal of the mishandling of those issues felt authentic in the production.  The play was, in effect, withering criticism of our society’s mishandling of mental health issues, and the play’s means of criticism was black humor, so it was virtuoso work to keep it authentic. Yet, the criticism could not have been as effective without the authentic feeling.

But the most memorable part of the play was its narrative strategy.  Theatre, by nature, is a third-person medium, yet the show stayed entirely within Mrs. Cara’s head, to the point where she functioned as its first-person narrator.  For example, Jesse stays off stage for almost the entire play, because his mother’s mind is focused not upon him, but upon his mental health.

Only in the final scene does Mrs. Cara articulate a resolution to give her attention to her son—and only then does he join her on the stage.  Both the Friday and Saturday audiences laughed at the right places for the play’s black humor but seemed to find the finale to be the show’s most moving moment.

AQ Theatre’s next show will be Larry Shue’s “The Foreigner,” which will run from Wednesday, November 20 to Sunday, November 24—the week before Thanksgiving.