As many already know, basketball legend and family man, Kobe Bryant passed away in a tragic accident on Sunday, Jan. 26, 2020.

Bryant, along with his daughter, Gianna, another family, pilots and others died in a helicopter accident due to foggy weather conditions, making it difficult to see.

Since the deaths of Bryant and his daughter Gianna, people have come together in amazing ways to show love.

For many people, from those who played basketball growing up and looked up to him to his fans from all around, this loss was out of the blue. However, it still united us for a bit.

It caught the country off guard and for a while we all celebrated the love and moments watching Kobe over the years. Many watched from TV screens, or if lucky courtside, and sat in awe of the Black Mamba himself. We saw his life through our screens for years, on the court, at home with his family, and the work he did to help the community.

Many quoted him saying “Kobe!” when throwing something—for accuracy, thinking that saying it would somehow always help make the item arrive at its intended destination.

To summarize his incredible feats in basketball here are a few of his best stats from over the years according to NBA career stats.

As well as having these great games, Bryant earned player of the month for NBA 17 times, was awarded the Olympic gold medal twice and was nominated as the Most Valuable Player.

His life existed and thrived off the court as well.

Since 1996 he has been in a relationship with Vanessa Bryant. The two met on set for a music video when he was aspiring to be a rapper in the ’90s. While he didn’t make it in the music scene, he fell in love with the person he was meant to be with.

Bryant and his wife have been together for nearly 20 years and have shared a lifetime of memories, along with four daughters: Natalia, Gianna, Bianka, and Capri. Bryant said on many occasions how proud he was of his daughters, as well as being a “Girl Dad” as he said.

Many that were close to him have said how happy he was to be a family man. Showing up to be a dad and to raise his kids was one of his priorities.

In an interview with Jimmy Kimmel, Kobe went on to say “You know, I love having girls. They’re awesome, man…I love my girls.”

Over the years, he dedicated to his passionate spirit to two major aspects of his life: sports and his daughters. He spent a lot of time coaching, especially with his daughter Gianna who passed away with him.

Kobe believed Gianna was bound to be his basketball successor.  He helped coach her team at the Mamba Sports Academy.

Kobe devoted a lot of time and effort to founding the Mamba Sports Academy. In this academy, he promoted healthy living as well as being trained by the best to get to whatever goal one wanted. He spent a lot of time with the basketball program and his daughter, coaching the team and supporting them on the sidelines. He also posted on Instagram often to document achievements and clips from the games. All of these clearly demonstrate how proud he was of Gianna.

It’s easy to see that the legend, along with the others who passed away, were bound to do more wonderful things.

While the loss has hurt many and still doesn’t quite seem real, we can continue pushing through and being as passionate as the Black Mamba was. We can all learn a little from his words of wisdom and use it to go forward:

“Pain doesn’t tell you when you ought to stop. Pain is the little voice in your head that tries to hold you back because it knows if you continue you will change.” 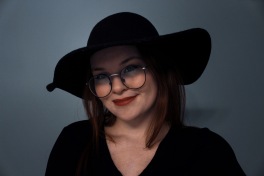 Abi Safago is a senior majoring in German and minoring in Journalism and Publications. Abi is also a published writer with Revue Magazine and is passionate about the impacts of bilingualism, sustainability, and the growing arts community in West Michigan