The Fix on Netflix: “The Crown”

It’s not easy to recast a character halfway through a show’s run, especially a major character. The on-screen chemistry might shift, fans might complain, and frankly there’s something jarring about seeing someone entirely new claim to be this person you’ve grown familiar with over the course of a season or two. Rarely has a show had to recast every main character, but it is a feat that Season 3 of Netflix’s “The Crown” pulls off with remarkable ease. 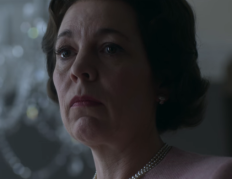 “The Crown” follows the life of Queen Elizabeth II as she navigates her way through the different trials and tribulations of her rule. The first two seasons covered the era between 1947 and 1964, and while Claire Foy does a remarkable job in her portrayal of the United Kingdom’s monarch, by the end of the second season, it was becoming painfully obvious that she was not as old as the person she was pretending to be.

For the third season, which covers 1964 to 1977, Netflix has addressed this problem by swapping out the series’ original actors for some older counterparts. The role of Queen Elizabeth passed from Foy to Olivia Colman, Prince Philip went from Matt Smith to Tobias Menzies, and finally, the role of Princess Margaret went from Vanessa Kirby to Helena Bonham Carter.

After taking an episode to adjust (remember, Foy and Colman both play the Queen in 1964), I hardly noticed the difference between the old and new actors. Every character matches the cadence and energy of their previous portrayal, and they even manage to sound alike. Truly, the studio did a fantastic job recasting the roles.

With the recasting out of the way, I can finally address the show itself. As a prestige drama, “The Crown” truly stands above the competition. Lavish production values never cross the line into being overwrought, and the drama feels serious without being a drain.

The story focuses on the royal family during the political upheaval of the mid-60s and 70s. Queen Elizabeth has settled into her role as sovereign, finally learning to handle her judgmental and bitter husband Prince Philip. Old problems still remain, however, as Princess Margaret’s marriage to Lord Snowden (Ben Daniels) begins to dissolve, and a new conflict arrives when the young Prince Charles (Josh O’Connor) begins to desire individuality and finds it in the company of the abdicated King Edward (Derek Jacobi).

All of these conflicts are set against the backdrop of a tumultuous England as it modernizes while its political landscape fractures. To adapt, Elizabeth decides that the only way for the monarchy to continue is for her to completely ignore her own desires, and work only for the country.

Depicting the royal family is a task fraught with danger. The royals are outrageously popular, but very little is publically known about their personal life; play it too safe, and you risk the characters being one-dimensional and boring. Lean too far into personal dramas, however, and you risk being seen as disparaging the royals.

Showrunner Peter Morgan finds the balance between the two extremes and keeps to it very well. No family member is portrayed as a paragon of virtue nor tabloid fodder; they are real people and depicted as such. Each episode follows their struggles to balance their personal lives with the fact that, to the public, they are objects, and they must act accordingly.

There are several plotlines dealing with this irony of royal life; Queen Elizabeth, for example, explores this duality when she takes time off her royal duties to indulge in her passion of horse racing in America, giving her a taste of what life might have been like had she not been queen. Princess Margaret’s unplanned and successful diplomatic visit to President Johnson, on the other hand, gives her a taste of the royal life and duty she had craved since she was young. Perhaps the most interesting plot, however, is the story of Prince Charles. As a young man, he must sacrifice his individuality for his future kingship, of which he can only see the negatives. He is a man who does not wish to be king, yet his every action must be in service of that future. He is pulled out of school just when he is finding his passion for acting. Instead, he is enrolled in a Welsh school, made to learn the language so when he becomes Prince of Wales, he can address them in their own tongue.

He loses his friends and his passion and struggles to maintain his relationship with Camilla, all so that one day he may be king. Charles’ sacrifices become even more painful to watch when you realize that, decades later, he still has not become king, and when he does so, he will wear the crown for only a relatively short time.

The third season of “The Crown” is different from the first two. Instead of being Elizabeth-centric, the show explores the lives of the other royal family members, emphasizing the larger themes of the monarchy in Great Britain and modern times. Through this transition, the show has lost none of its power or depth of its earlier seasons. Despite being a Netflix show, its thoughtfulness does not lend itself to binge watching. However, it’s a show well worth the time and effort to watch it. 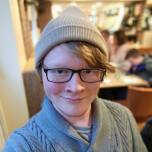