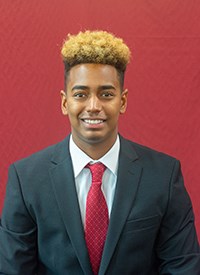 While the Coronavirus pandemic continues to spread fear and anxiety, athletes have turned to social media in an effort to spread hope and positivity.

Aquinas baseball players Chris Suriel and Kelvin Aracena were chosen by Major League Baseball to participate in a fun video with several other baseball and softball players from across the country. Suriel and Aracena are well known amongst the very popular social media app TikTok, where several of their videos have gone viral. The two have a unique ability to entertain and inspire which caught the attention of MLB.

“For the past couple of weeks we have been posting some videos that have been going viral, so the MLB contacted us to collaborate on a video with them and a couple other players from around the country, including former World Series Champion, Hunter Pence,” Aracena said.

The video features baseball and softball players collectively doing “the wave”, in order to celebrate Major League Baseball’s Opening Day. While the start of the MLB season has been delayed due to COVID-19, athletes like Suriel and Aracena have turned to social media during these troubling times.

“It was an amazing experience and it was our pleasure to be interviewed by Annie Agar. It was a great interview and we were very happy to send out some positivity and encourage our fellow athletes not only from Aquinas, but the entire nation as well. We want to let athletes know that there will always be adversity in life, but we must stay strong and come together,” Suriel explained.

The Aquinas baseball team was in the midst of its spring trip when Suriel and Aracena   were notified they’d have to head home due to Coronavirus. “That was the worst feeling,”  Aracena said. “It felt unreal and took me days to actually accept that our games were being canceled.”

Despite the negative impact COVID-19 has had on the sports community, turning to social media has been a great way to remain positive during these unpredictable times.