“Tiger King” a train wreck viewers can’t look away from 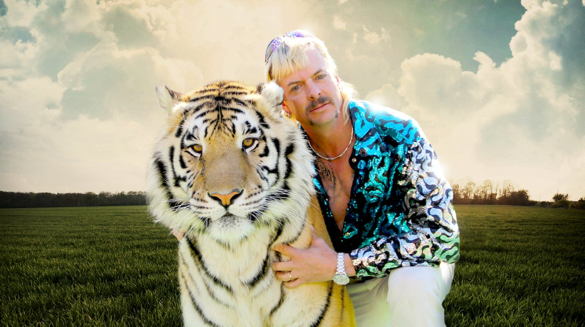 It was a Tuesday evening (or a Wednesday, or maybe a Friday? I don’t know. All of these days are starting to blend together.) I was mindlessly rewatching “Hymn of Death” for when I got a Snapchat from my friend. She was watching a show about a man that owns tigers, and his behavior was questionable, to say the least. That show was “Tiger King.” I figured I might as well start it. After all, I know what happens in “Hymn of Death” and I did want to watch something new. I wish I had known how unprepared I was for this docu-series.

I will admit that I went into it blind. I hadn’t seen any trailers for it, and the only thing that my friend had mentioned to me was that it was about tigers and cults. While she wasn’t wrong, it was definitely a simplification. While the show is about privately-owned zoos, it focuses on zoo owner Joe Exotic. No, that’s not his real name, but ever the practical man, he changed it because he knew people couldn’t pronounce Schreibvogel, and it just wasn’t catchy. The series documents Joe’s progression from a mobile zoo owner to a musician to a politician —yes, you read that right, politician. At the end of the very first episode we learn that —spoiler— Joe is presently in jail, and he blames none other than his main nemesis, Carole Baskin, for putting him there.

Carole Baskin is the CEO of Big Cat Rescue, a facility in Florida that, arguably, saves tigers and other big cats from private zoos like Joe’s. At one point, she was sponsored by PETA to work on shutting down Joe’s zoo. Besides the main plot that she and her husband are trying to shut down Joe’s zoo, the series also has an episode dedicated to the mystery of Carole’s second husband, who went missing about 20 years ago without a trace and is presumed to be dead; because having a series centered around a private zoo owner who has a country music career on the side, while also wanting to be in political office, is clearly not enough (it really should’ve been).

The show is a disaster. It’s a train wreck that I can’t seem to look away from. Have I called other shows train wrecks before? Yes (Remember “Love is Blind”?) Yet, this one just feels more chaotic. There is a lot going on, and while it’s easy to follow, it all just feels like someone used a random event generator for some of these people’s lives. I am genuinely just telling everyone to watch it so that I don’t have to go through the experience of having seen it alone. I just feel like everyone and no one should watch this. And let’s be real, we’re locked in, we need something to watch. So maybe you won’t start it after this article, maybe you won’t start it a week after this article, but one day, you’ll look at your Netflix “For You” section, and “Tiger King” will be looking right at you, and you’ll cave.

Esperanza Garcia is a senior at Aquinas College majoring in Sociology and minoring in Women Studies. In her free time, she enjoys watching films and reading thrillers.