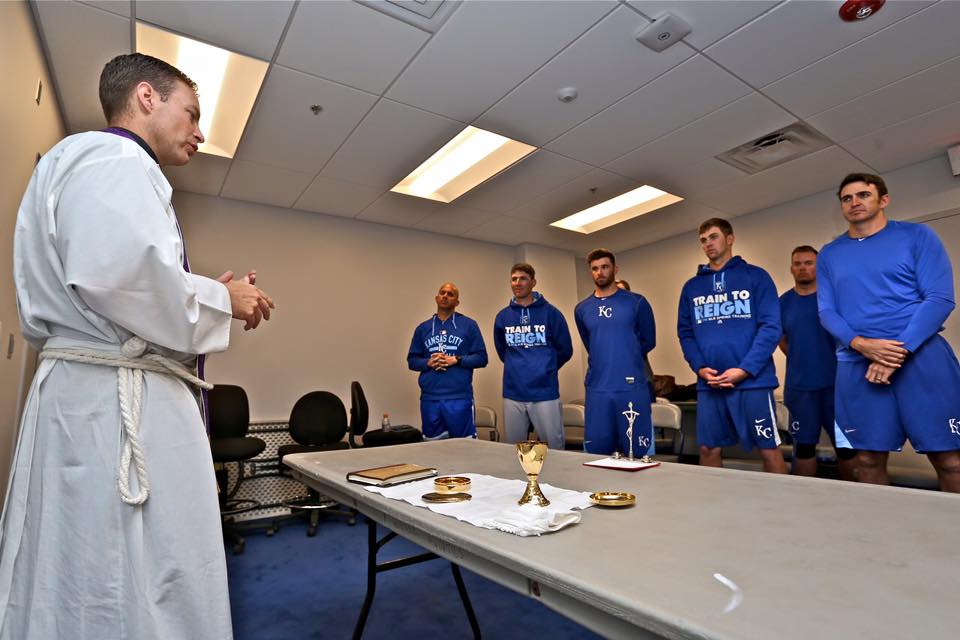 Father Burke Masters has had quite the journey both on and off the baseball field. Raised in Joliet, IL, he currently serves as chaplain for the Chicago Cubs, and is also the Vocation Director for the Diocese of Joliet, outside of Chicago.

While Masters wasn’t raised Catholic, he attended a Catholic high school for solely baseball purposes. It was then when he encountered the Catholic Church and its teachings. By his senior year he became Catholic.

Masters said, “It was one of the greatest days of my life. But it wasn’t then that I started thinking about becoming a priest. I was so focused on baseball”.

He then went on to receive a scholarship to play baseball at Mississippi State University. He played shortstop and second base after redshirting his freshman year. During the regional tournament of his senior year, Burke dominated, going six for six with a grand slam that propelled them to the College World Series.

Despite his success on the field, he remained undrafted. Masters then signed a free agent contract with the Chicago White Sox, lasting just one year.

Shortly after his stint with the White Sox, Master’s attended Ohio University to obtain his Masters degree in Sports Management. His new dream was to become general manager of an MLB team. Little did he know, God would have a change of plans.

Masters again encountered God’s voice, this time in a completely different way. Spending time in prayer, Masters had the inner calling to become a priest. “People would tell me, Burke I think you’d make a good priest”.

And so he did.

Five years ago, Burke received a call from the Catholic Athletes For Christ, asking him to become the Catholic Chaplain for the Chicago Cubs. Excited, he gladly accepted the position.

“On Sunday home games twice a month we have Mass for the Cubs, the visiting team, and any employees that would like to join”.

Burke has gone on to create several relationships with various players and coaches. Some of those names include former Cubs manager Joe Maddon, outfielder Kyle Schwarber, and infielder Ben Zobrist.

“After Mass I’ll head down to the Cubs locker room and be of assistance to any of the players. Joe has really granted me the freedom to roam everywhere”. 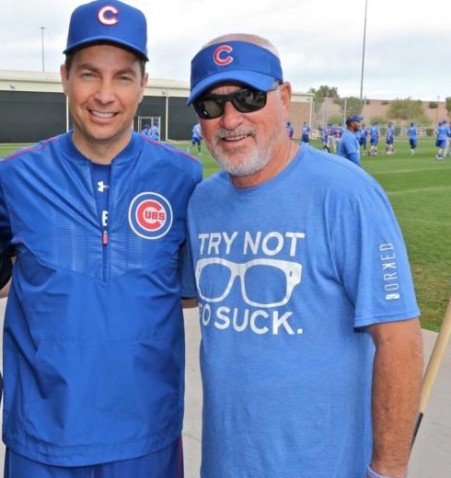 While Master’s baseball career never panned out, God had an even bigger plan for him, reconnecting him to the sport he loved years later.

“God was saying, this was your dream to be a major league baseball player but now you’re living my dream as a priest…God wanted me on that field in a completely different way”.